The best ever Sweet and Sour Pork recipe is loaded with tricks the Chinese have been using for centuries: double dredge and double fry for extra crispy, cornflour instead of flour, economical pork used for juiciness, but tenderised with baking soda so you’d swear they’re pricey chops, and a sauce that’s not sickeningly sweet. 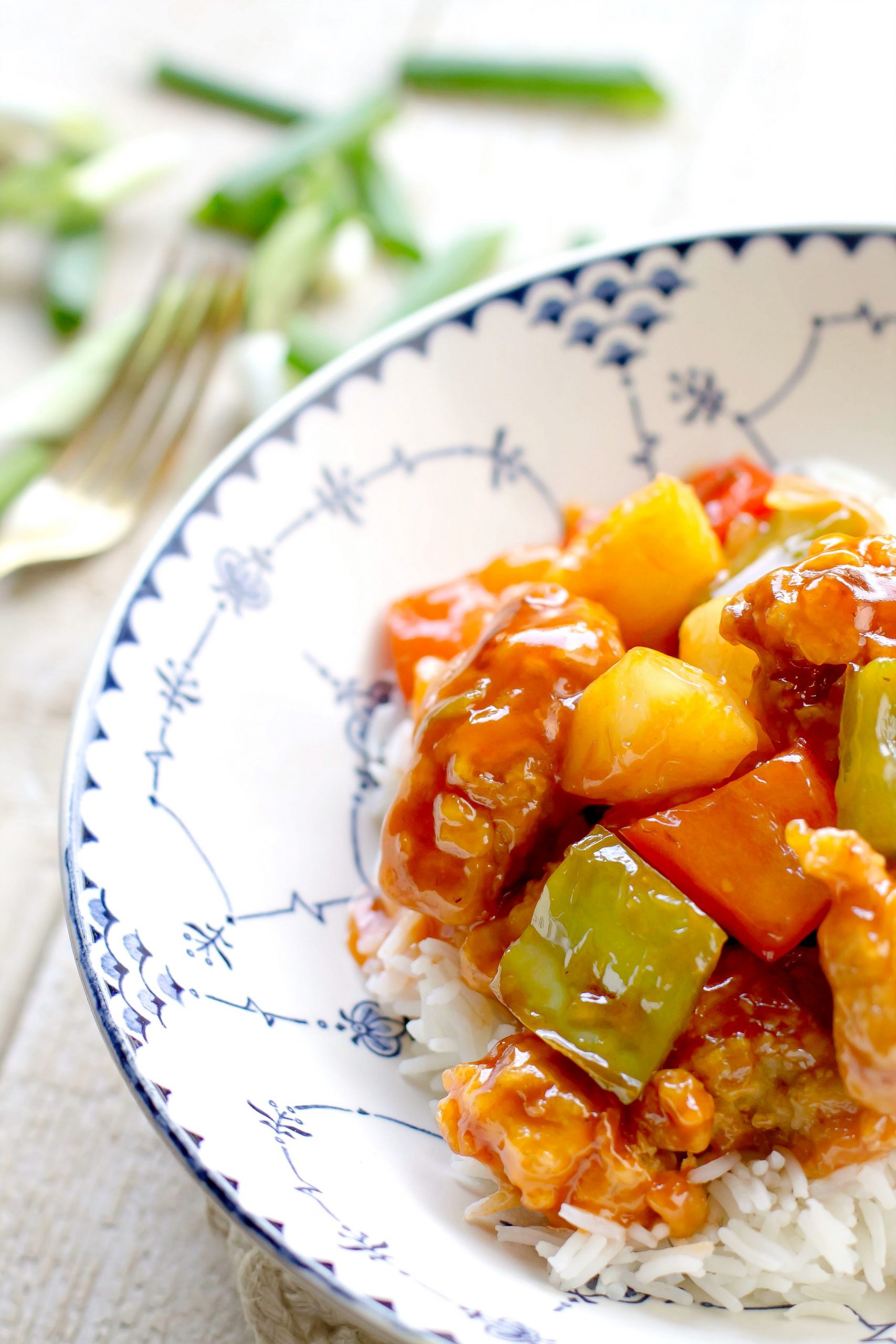 Sweet and Sour Pork is one of those recipes that’s very easy to make and yields fantastic results. There are four components to the recipe…the marinade, the sauce, preparing and frying the pork , peppers and onions and the assembly. Trust me on this, it’s a lick your lips and go for seconds before someone else gets there before you do kinda recipe!

The first step in the recipe is to cut up a one pound piece of boneless pork into bite size pieces.  Second, your going to make a very simple marinade of water, soy sauce and sesame oil to marinade the pork in for about 30 minutes. 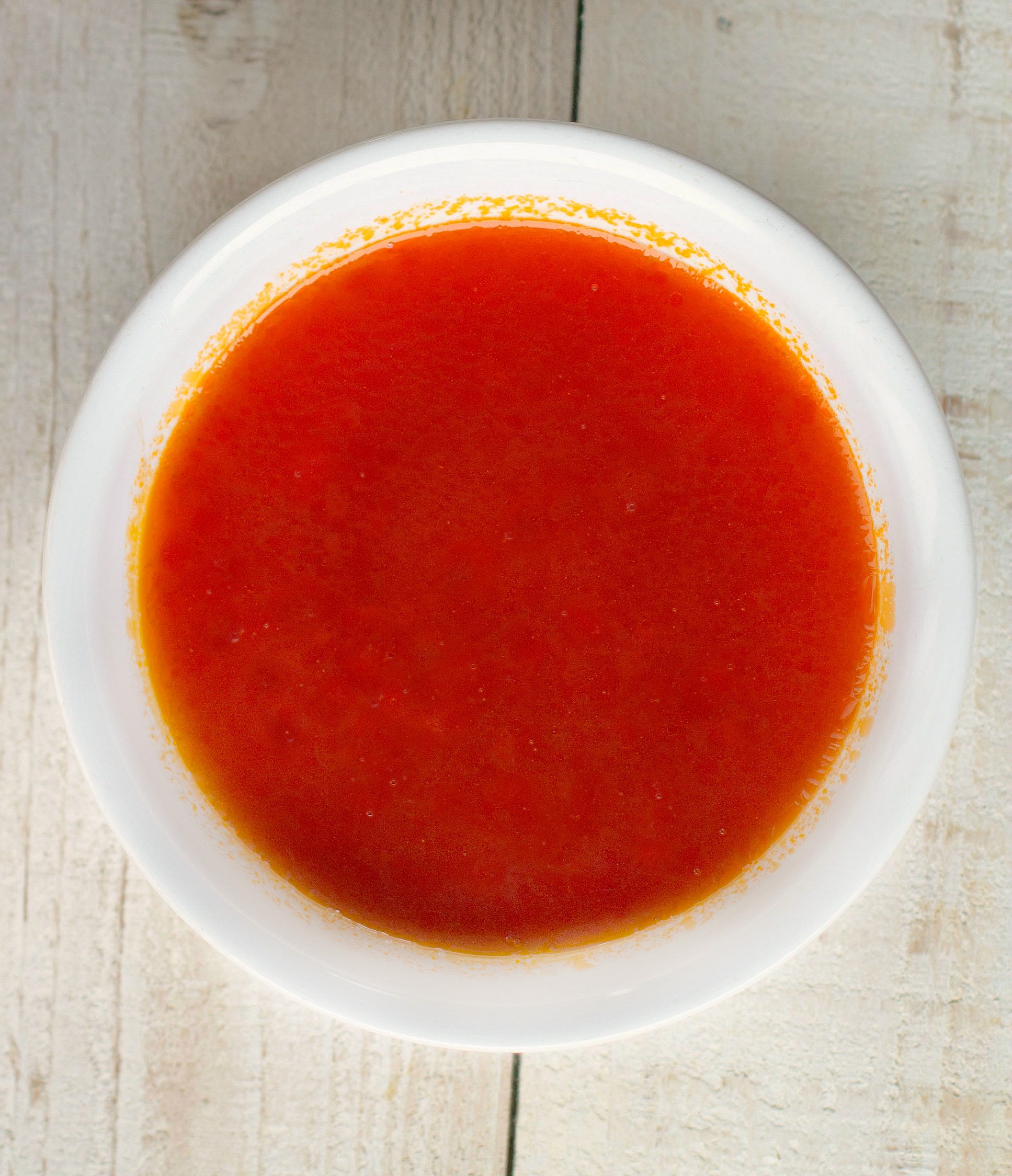 While your waiting for the pork to marinate, make the sauce.  Place all the sauce ingredients in a bowl, whisk to combine and cook,then simmer in a saucepan for 30 minutes. 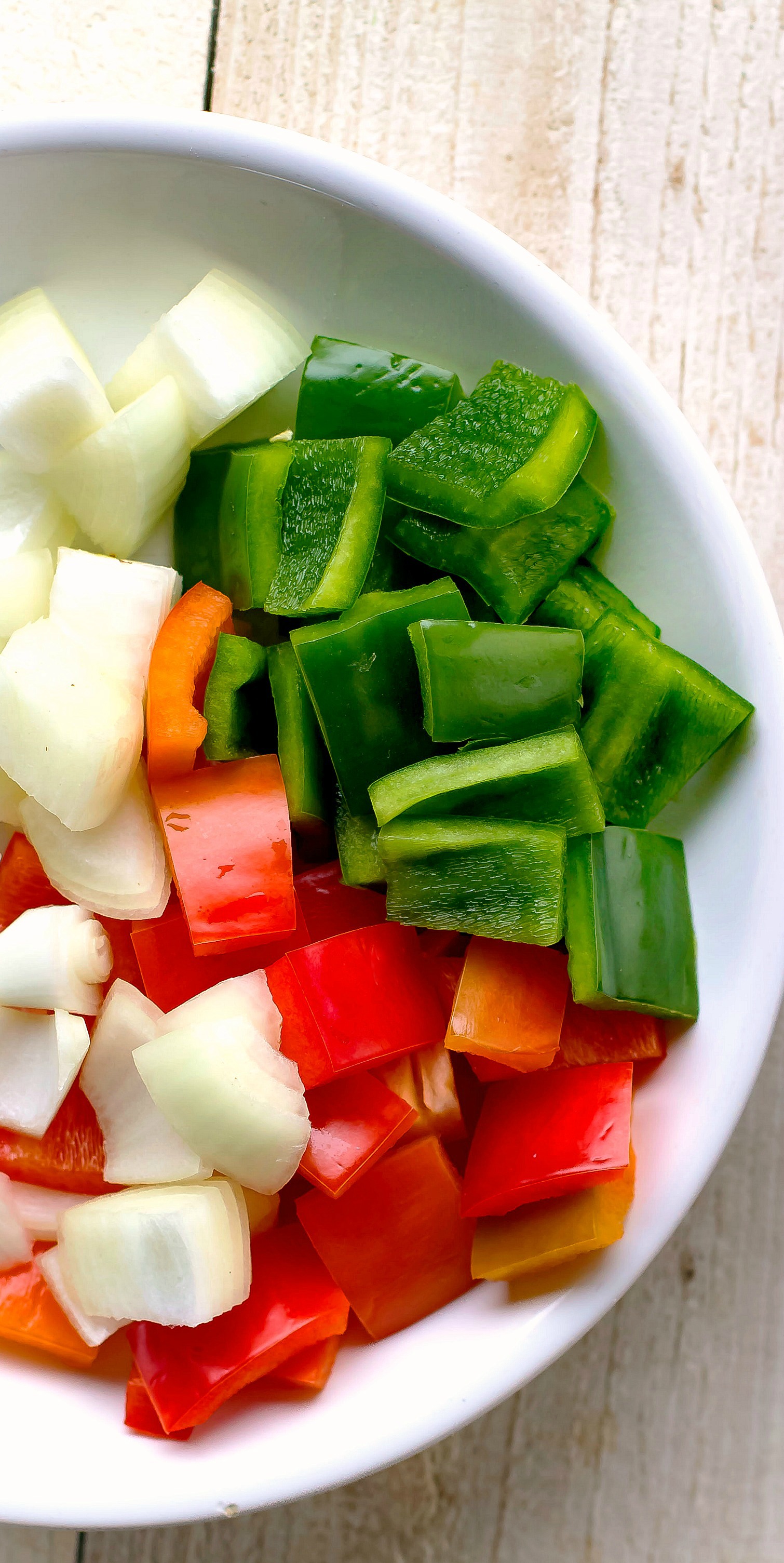 Cutting up the peppers and onions into bite size pieces can be done ahead to save you a little prep time the night you make this. 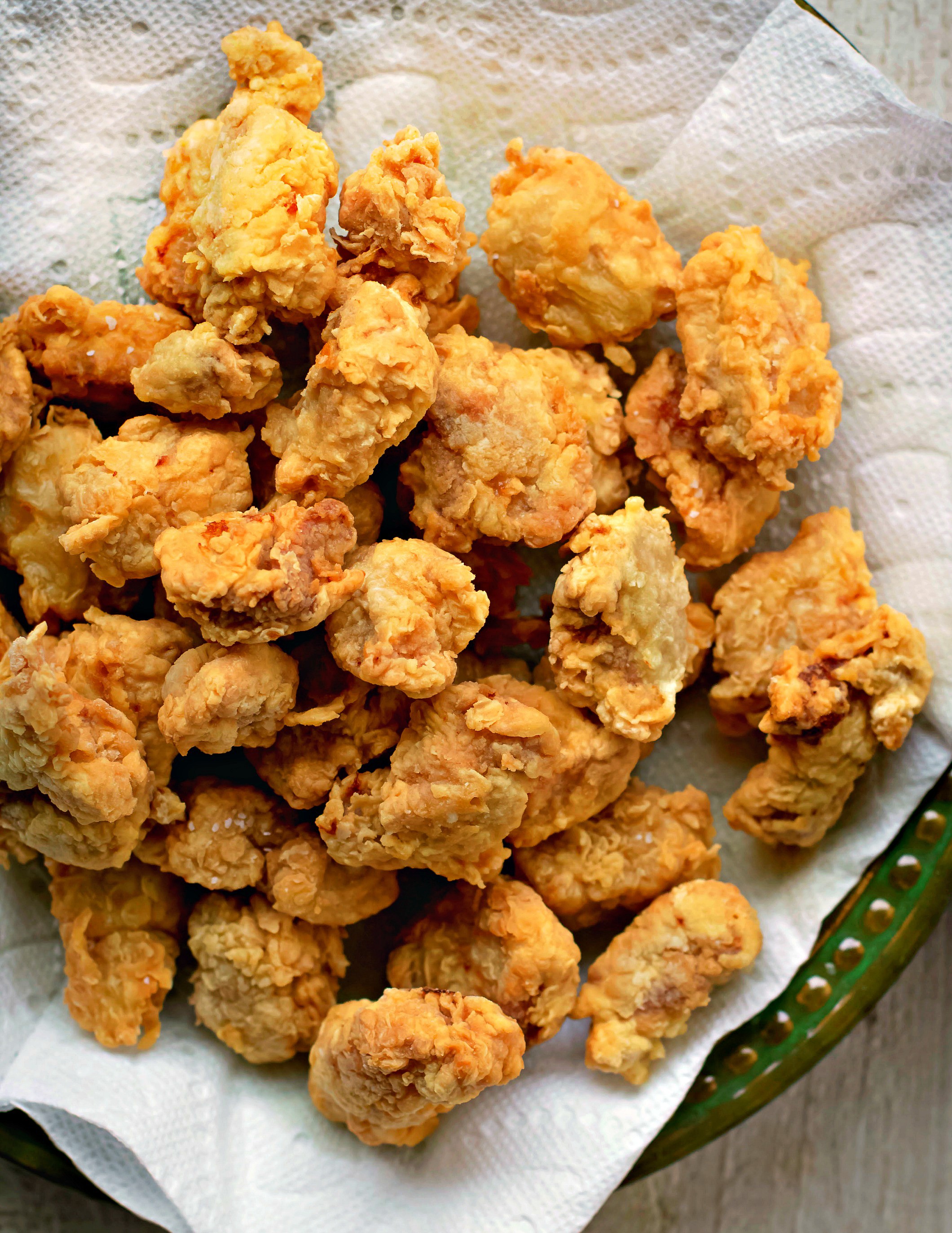 After the pork has marinated for 30 minutes it’s time to bread it for frying. You’ll need three shallow bowls for this step. One for the flour, one for the egg/milk mixture and the last bowl for a combination of flour and cornstarch.

You can almost guess how this is going to go. First dredge the pork pieces in the first bowl of just flour, move them to the second bowl of egg/milk mixture and coat them until they are completely covered , then dredge the pork in the last bowl of flour/cornstarch mixture and place on a plate.

Heat the oil in a fry pan and fry the pork bites in batches, 4 minutes on each side until crispy. Drain on a paper towel lined plate and move on to sauteing the peppers and onions and adding the pineapple and the sauce you made to the pan.  A simple slurry made with cornstarch and water is mixed and added to the pan to thicken the sauce. The last step is to add the pork to the pan and fold it into that gorgeous sauce to coat it. I made long grain rice to serve it with. 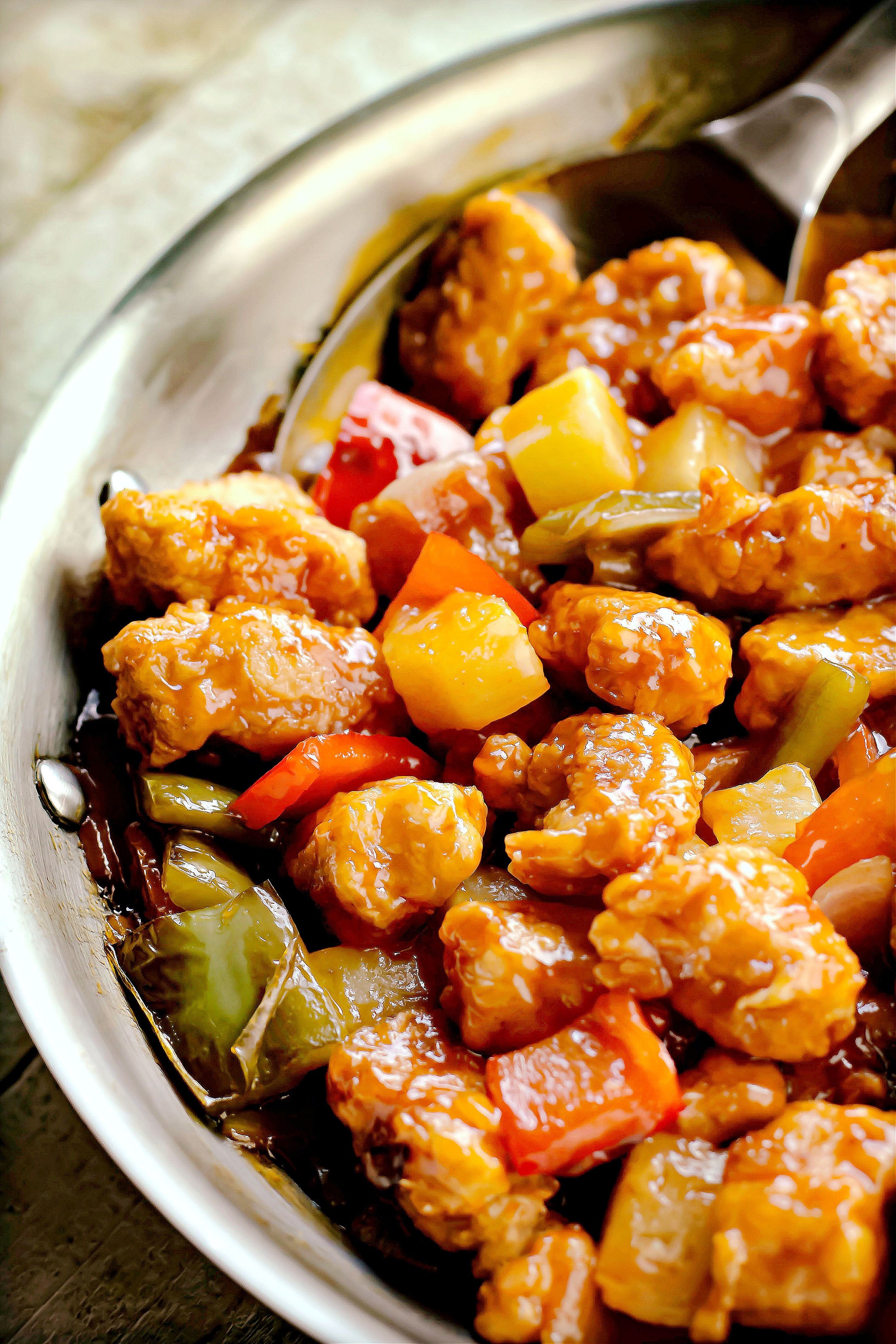 I see no reason why you couldn’t switch the pork out for bite size pieces of boneless chicken breasts to make another delicious variation.  This is an inexpensive meal that will definitely impress and satisfy family and friends. Sweet and Sour Pork…it’s what’s for dinner, ENJOY!