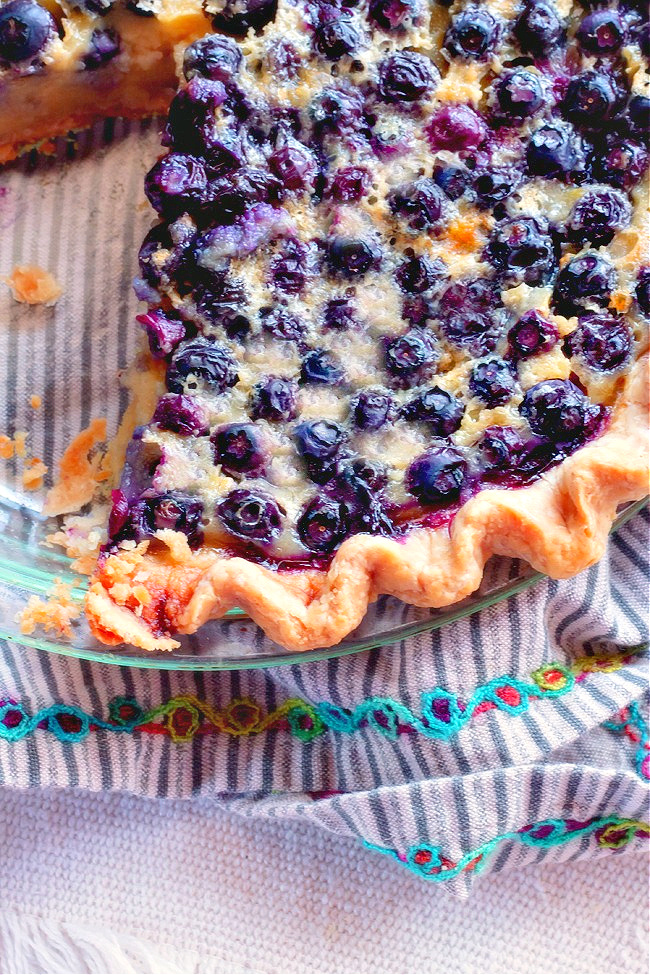 When I was management in a restaurant in Pennsylvania the head cook , who is still one of my absolute best friends, would make the best fruit custard pies you ever tasted.  In the Spring the owner would bring fresh raspberries and blueberries from the farmers market and she would work her magic. I couldn’t help thinking about her when I was making this delicious Homemade Blueberry Custard Pie. 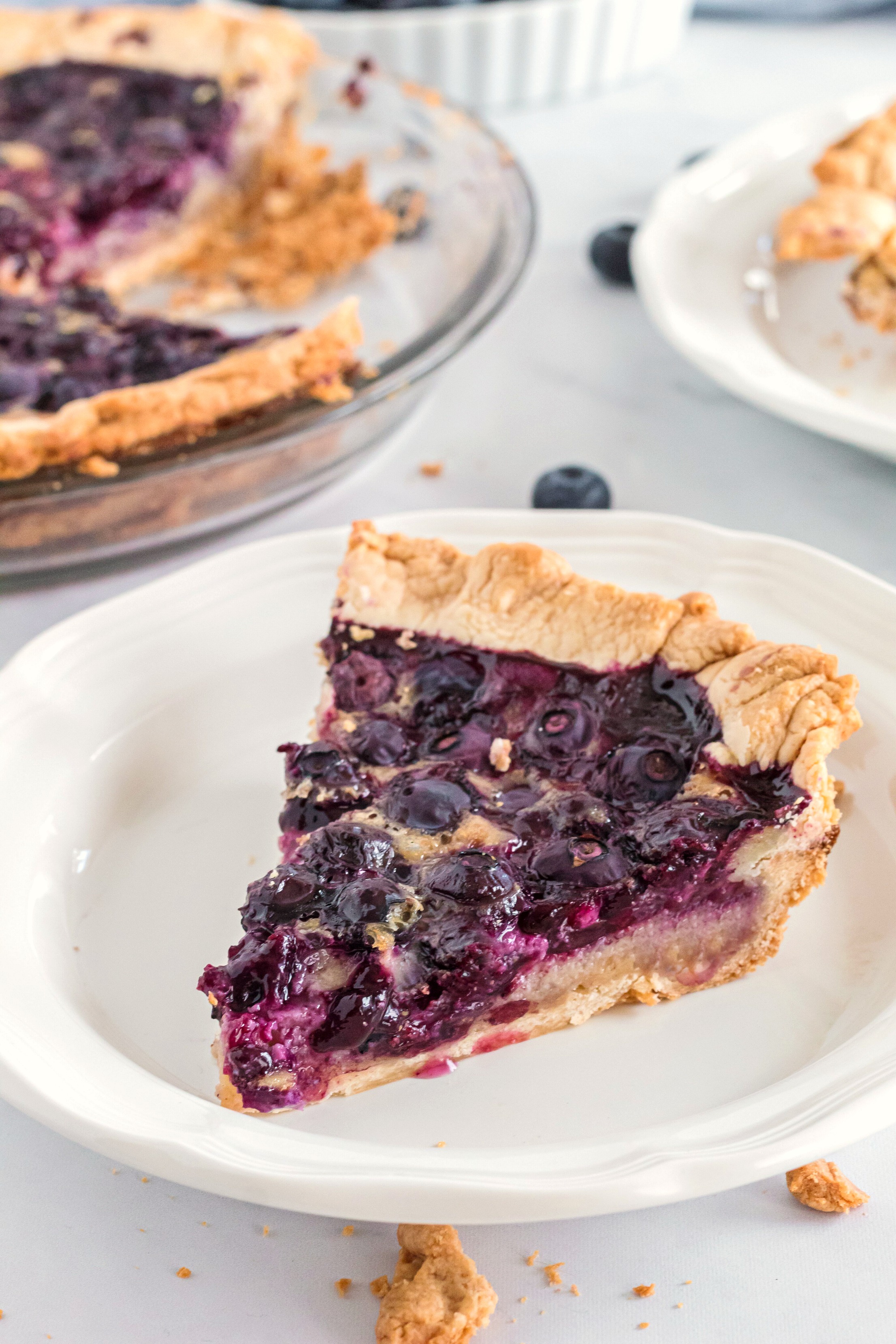 This recipe is easy to make and yields fantastic results.

When making pies, what do you prefer?

The good news is- you can do either for this recipe!

You can use a pre-packaged pie crust in the recipe or go the homemade style.  I always make a homemade butter pie crust for pies. I can’t help it, once you go homemade butter crust you can’t imagine making a pie without it.

Plus, a butter pie crust compliments anything you put in it.

If you don’t have an all butter crust recipe, you can find the one I use here in the Dutch Apple Pie recipe I make in the recipe card.

There is good news for this as well! Fresh or frozen blueberries can be used for this recipe.

Actually, any berry for that matter can be used. If you would rather do this with raspberries or anything else, go for it!

Just make sure you don’t thaw the frozen berries before putting them in the pie crust.

The Steps for Blueberry Custard Pie 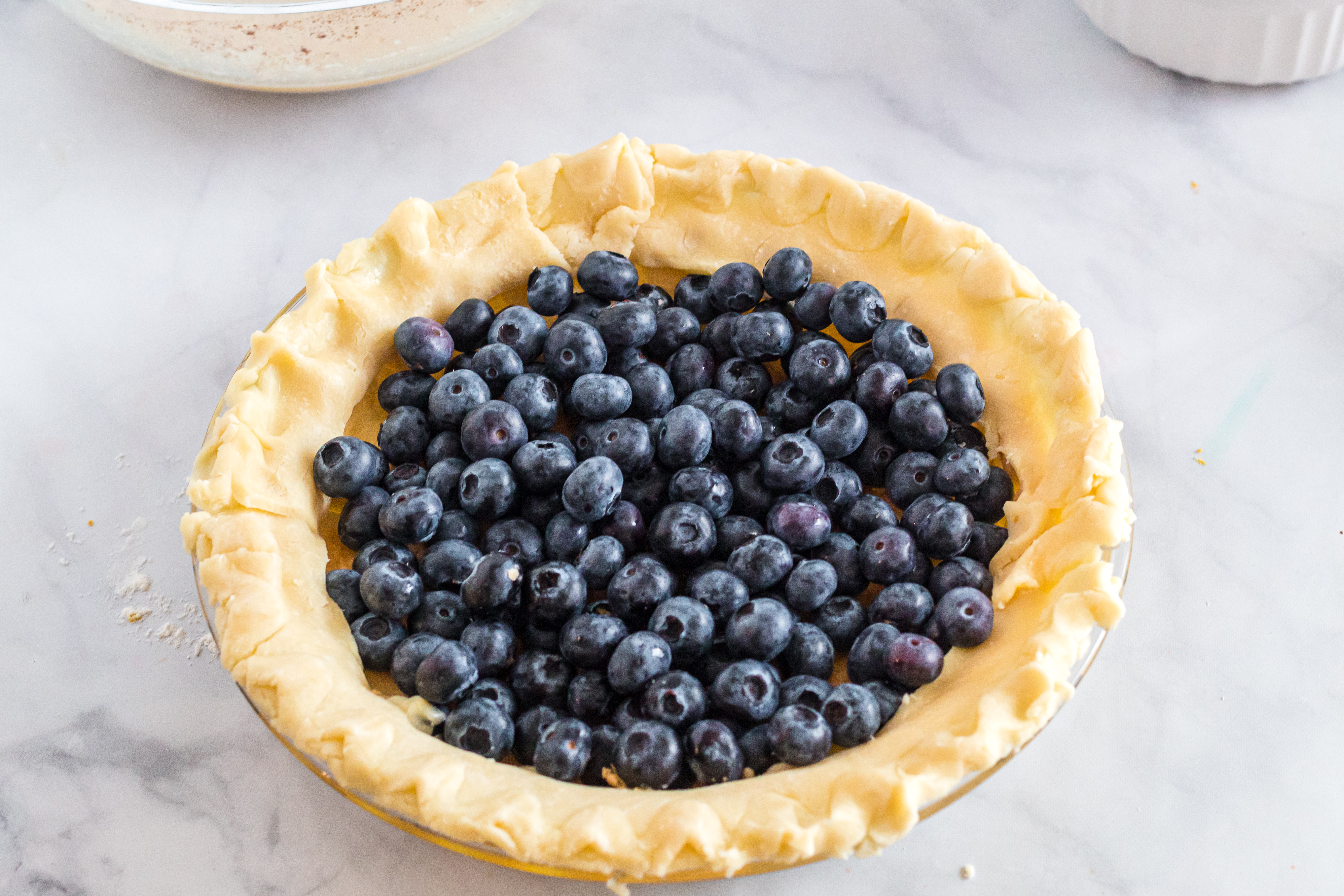 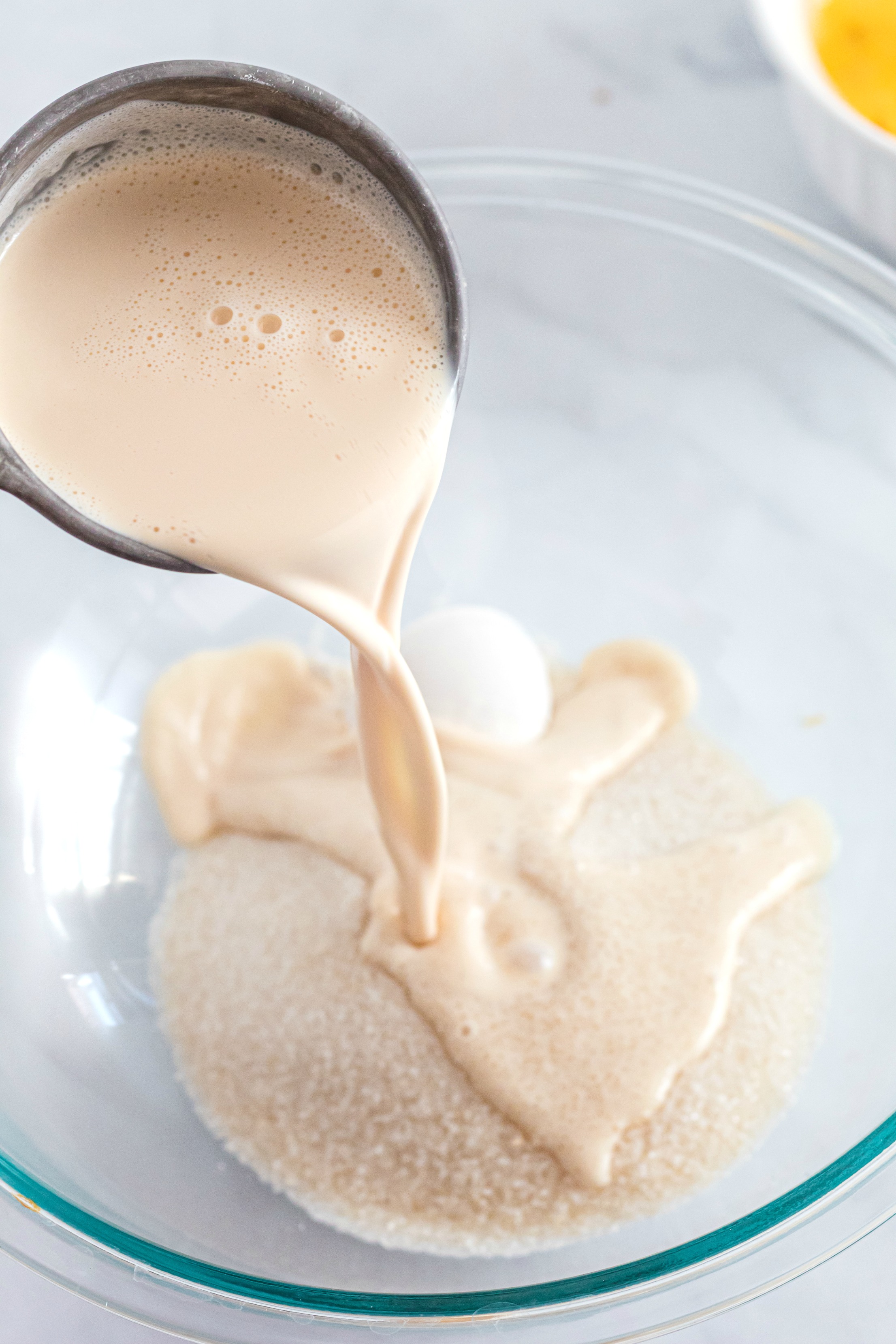 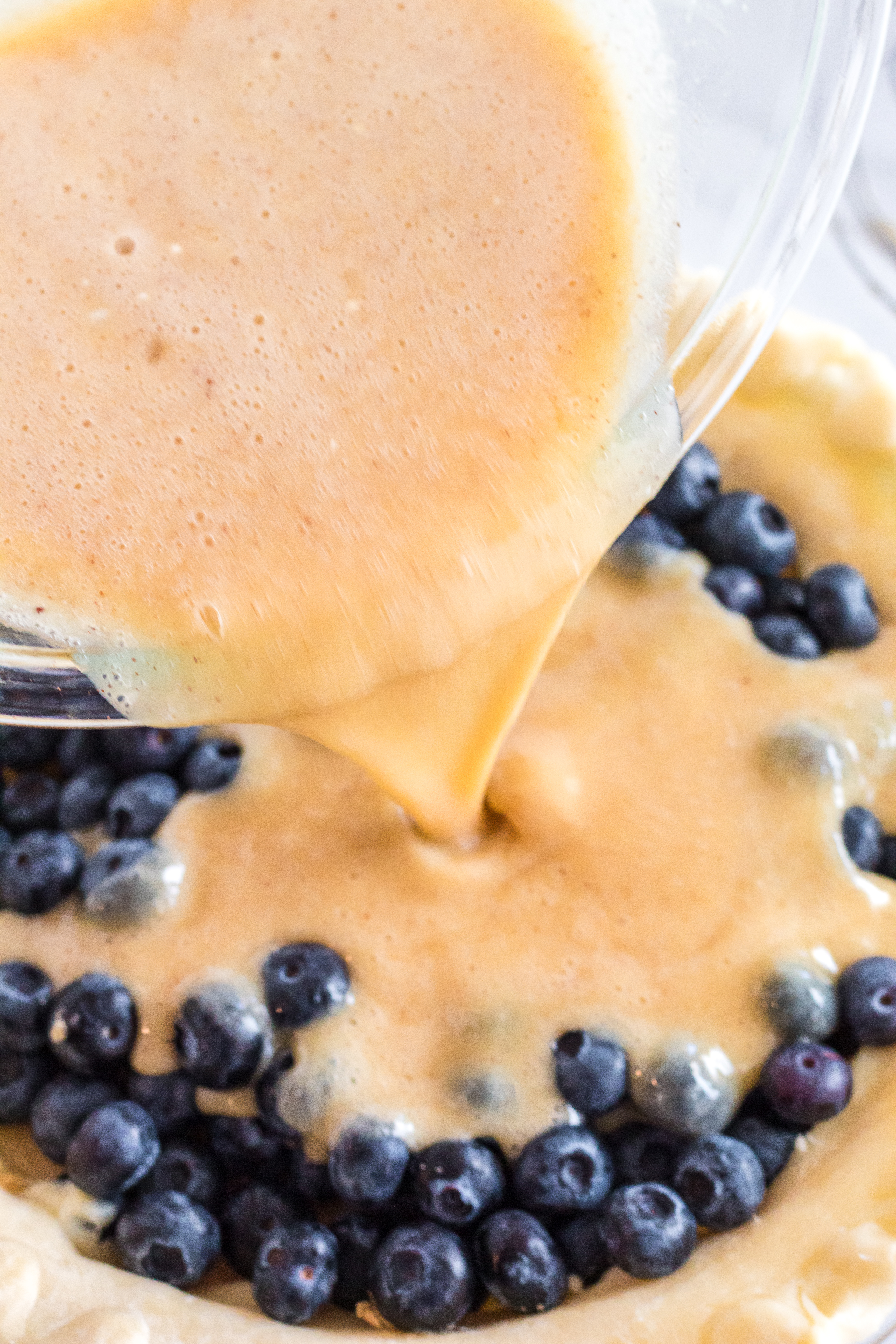 Pour the mixture over the blueberries in the crust. Bake the pie at 425 degrees for 15 minutes, reduce the heat to 350 degrees and bake an additional 35 minutes longer.  If the pie crust starts to brown more than your liking while baking, place foil around the edges of the crust. When the pie is done, remove it from the oven to a wire rack to cool completely. 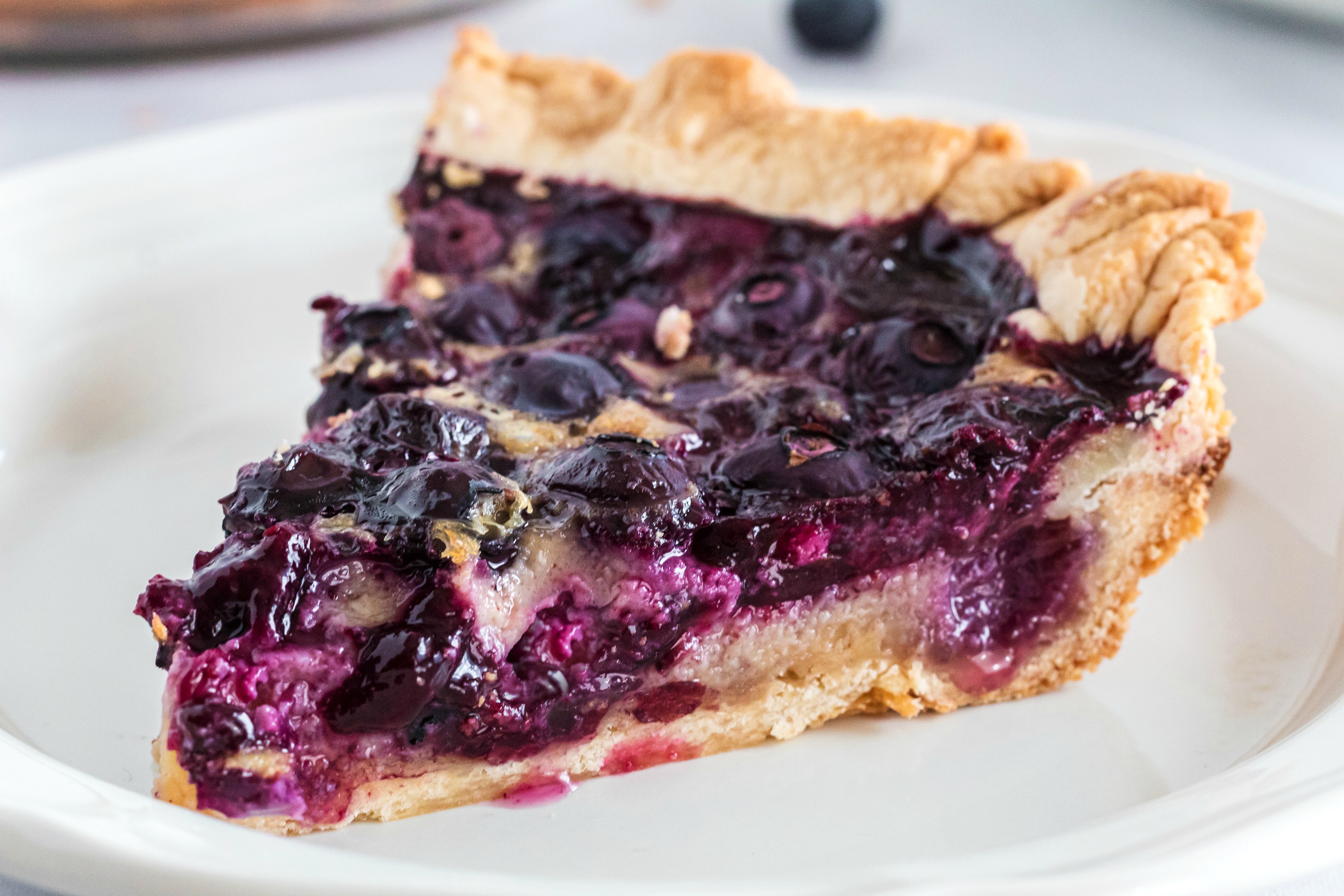 Homemade Blueberry Custard Pie…fresh blueberries nestled in a creamy custard filling, it doesn’t get any better than this. Enjoy! 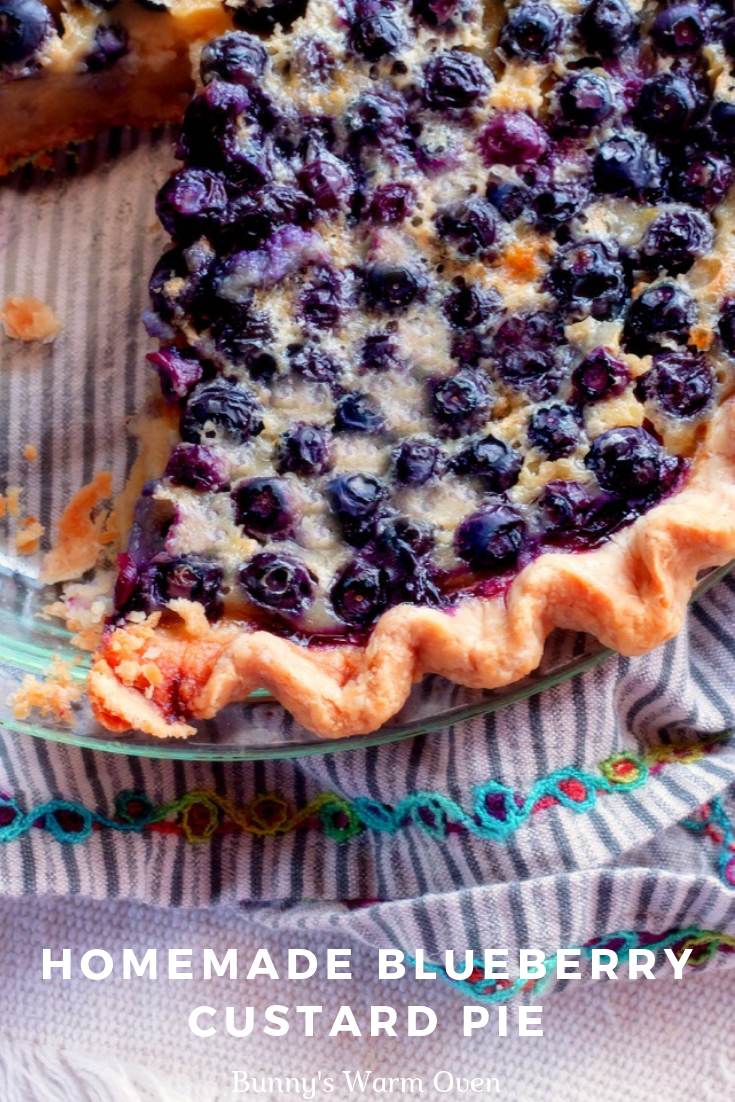 If the crust starts to brown more than your liking while baking, place foil around the crust.

Get new free recipes delivered right to your inbox

You have Successfully Subscribed!