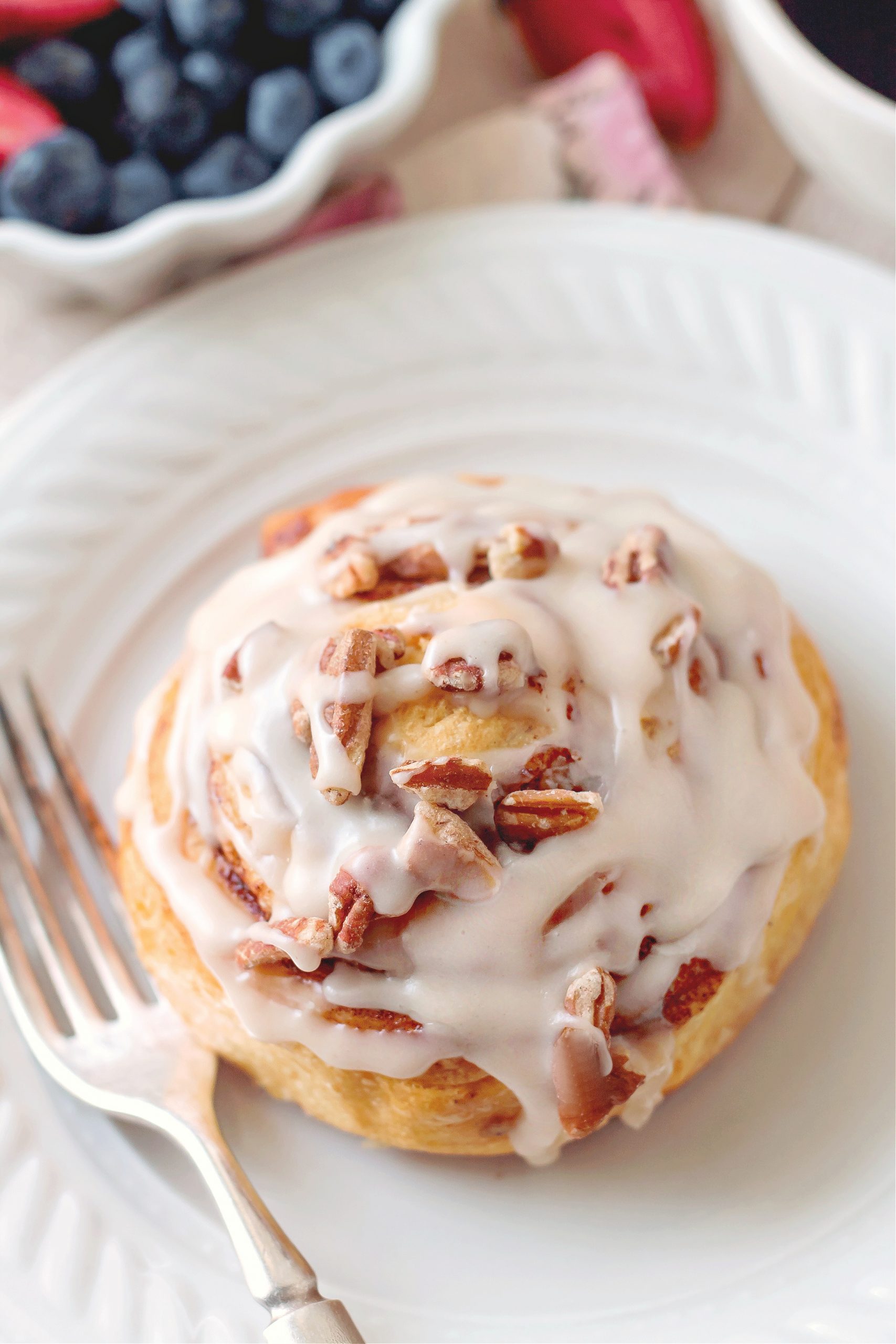 Sometimes you just don’t have the time or the inclination to go through the process of making homemade cinnamon rolls.  Yesterday was one of those days for me.  I wanted cinnamon rolls but…Luckily on our last grocery store visit a canister of refrigerated cinnamon rolls somehow ended up in the grocery cart (impulse buying got me again) and sat in the refrigerator waiting to be used. 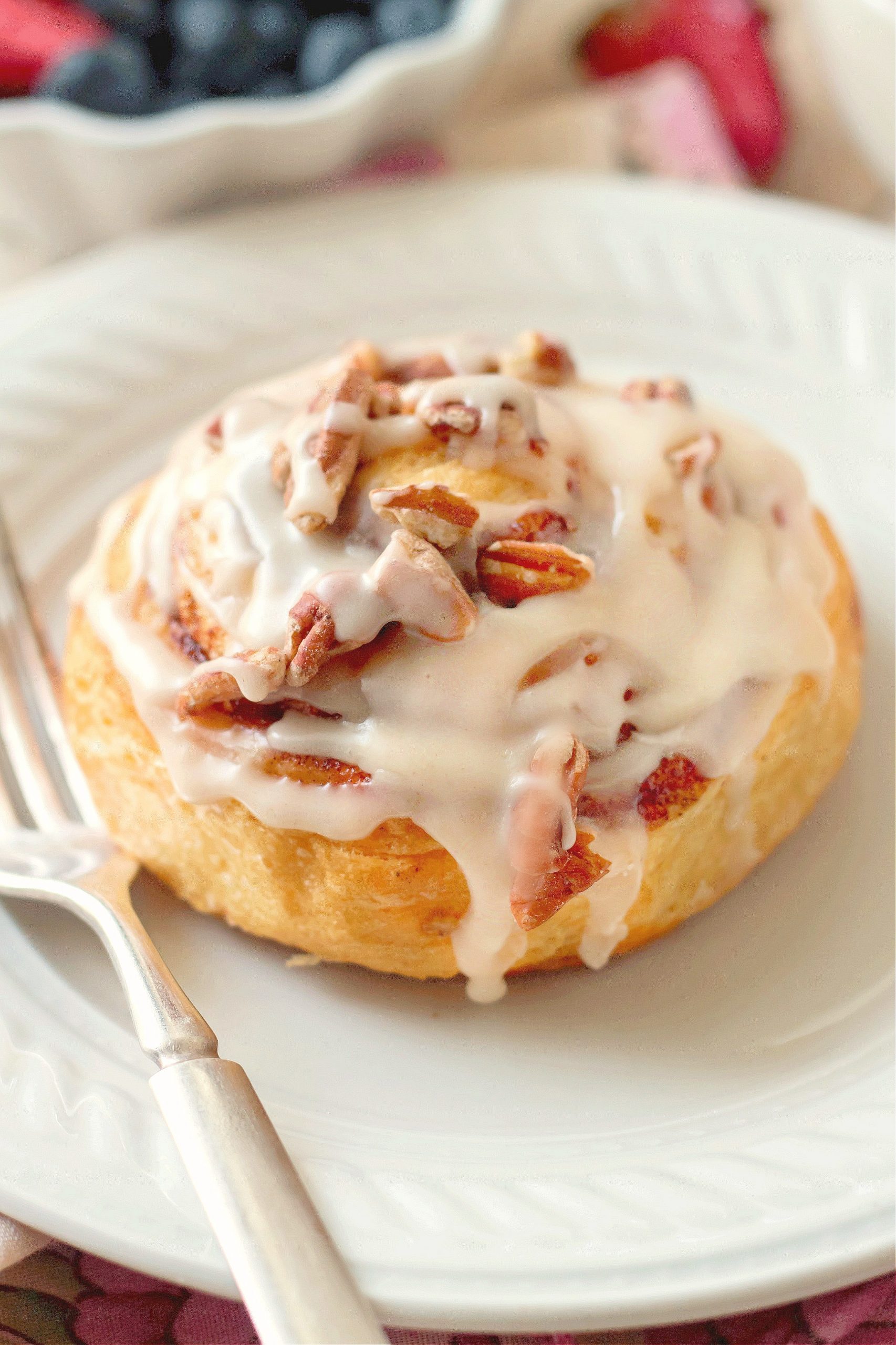 With only five biscuits in the canister (perfect for 2 people) and the ease of just popping them open and baking them for 15 -20 minutes, I had to indulge.  While they were baking I decided to kick them up a notch by making a homemade browned butter frosting to top them with. The combination of browned butter frosting along with toasted pecans is irresistible to me. It took just a few minutes to toast the pecans in a skillet to top the frosting off.

My husband who was working outside all day and unaware that I had made “cheater cinnamon rolls” thought they were homemade. Easy Browned Butter Frosting Pecan Cinnamon Rolls … quick, easy and delicious, ENJOY! 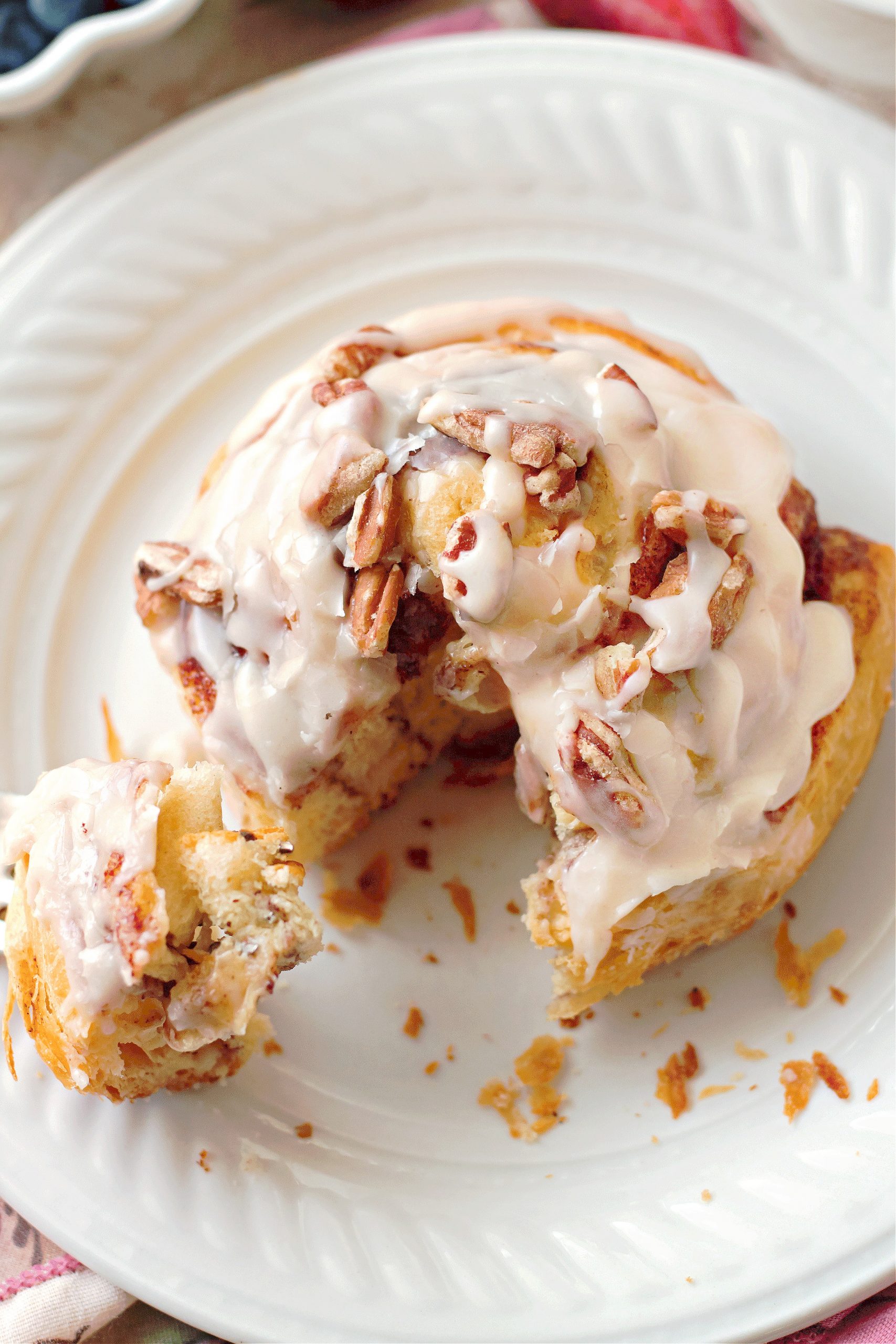