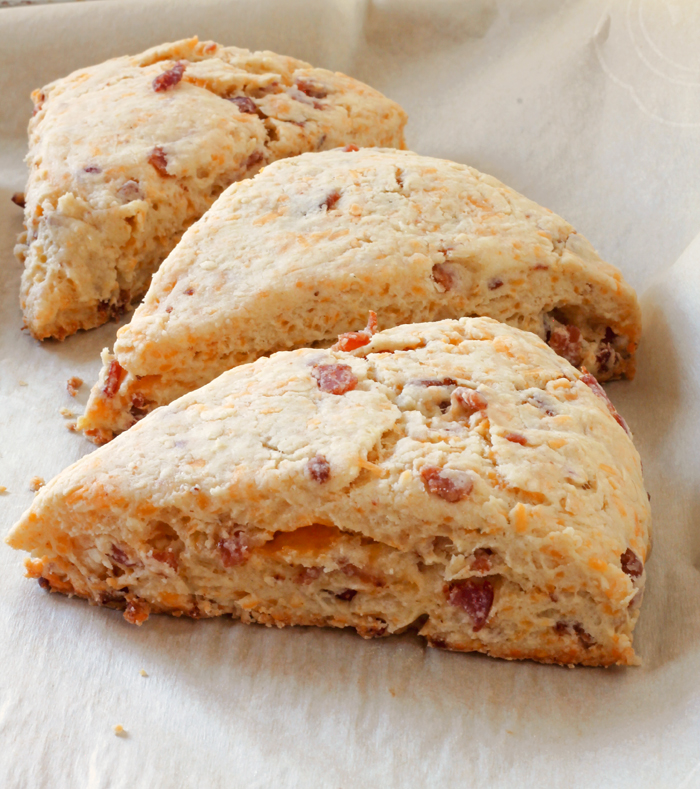 Bacon Cheddar Scones is my very first attempt at making scones…ever.  Why in the world would someone that’s been baking as long as I have not even attempt to make scones?  Well…they intimidated me.  I use to read articles about how to make the best scones and they sounded so finicky.  And then there was the decision of…should I make them with butter and cream?  Or maybe all butter?  Or just cream?  I pretty much overloaded myself on info and decided someday I’d figure it out.  In the meantime I just looked at pictures and developed  scone envy. 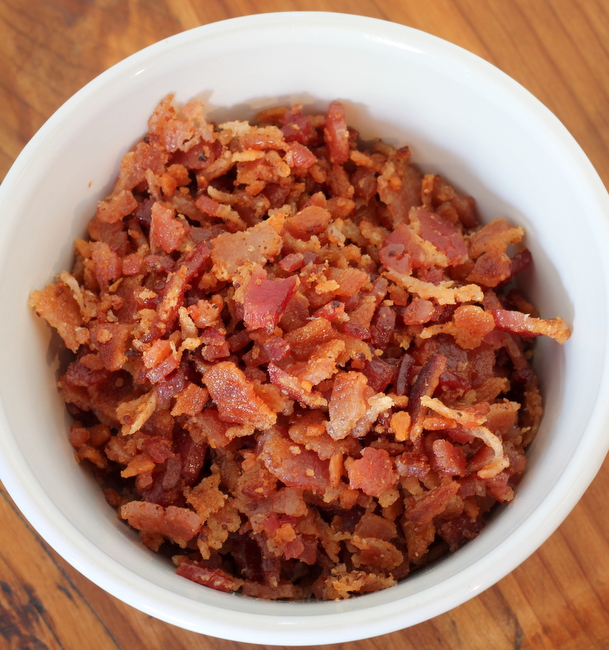 I started the recipe by frying six strips of bacon, them crumbling them up as small as I could get them.  I took the crumbles and put them in a paper towel to get any bacon grease off the surface of the bits.  Six fried strips of bacon yields about a half a cup of bacon bits. 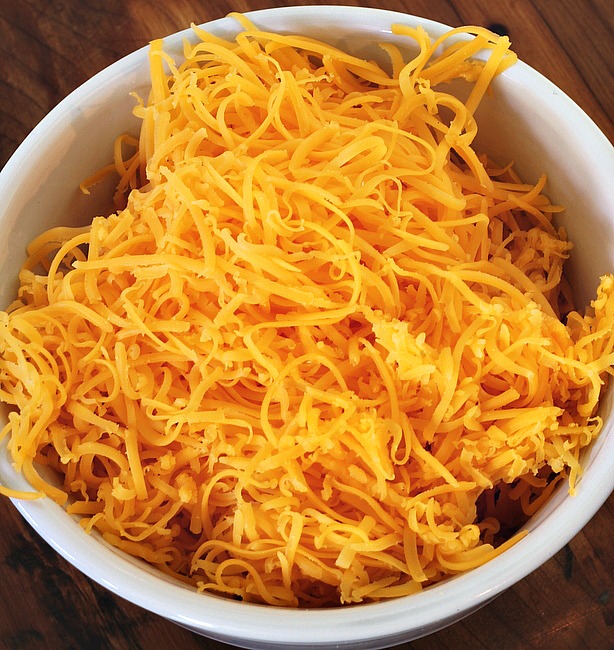 I grated enough cheddar cheese to yield half a cup. 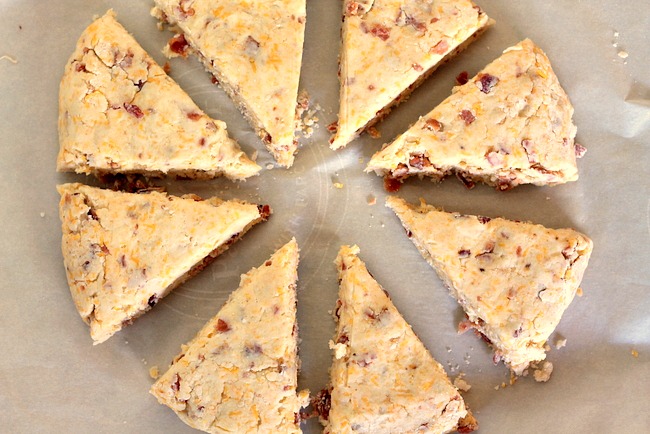 With those two ingredients ready to go I took the frozen stick of butter from the freezer and grated that as well.   I worked the grated butter into the dry ingredients with a pastry blender until it was all blended in.  I added the bacon crumbles and grated cheese to the bowl.  I then worked the bacon and cheese into the flour mixture by rubbing all the ingredients together  between my fingers until I had coarse crumbs.  The wet ingredients went in next.  I mixed the ingredients together with a fork until the dough came together.  I laid a piece of plastic wrap on the counter and placed the dough and the crumbs that didn’t make it into the dough ball on the plastic wrap.